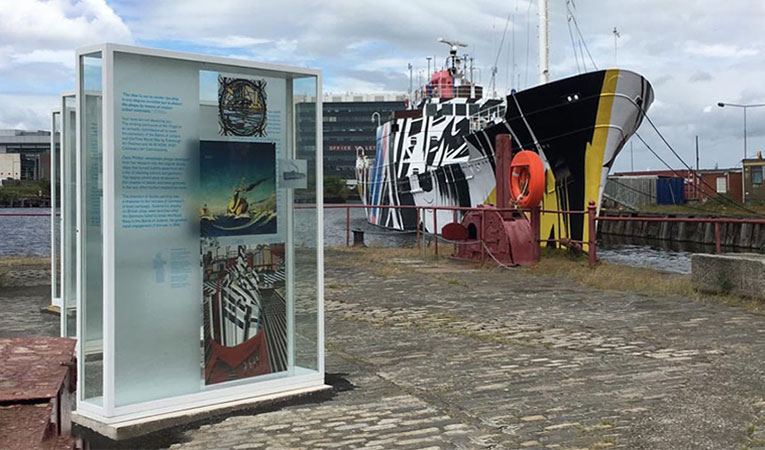 ‘We are delighted to be partnering with 14-18 NOW to commission Turner Prize nominee Ciara Phillips to “dazzle” a ship in the historic port of Leith as part of our 2016 Edinburgh Art Festival Commissions Programme.

To mark the centenary of the Battle of Jutland, Ciara Phillips, artist and a long-term resident of Scotland, will “dazzle” the iconic vessel MV Fingal, berthed in the historic port of Leith. Phillips will put her own spin on the astonishing patterns that adorned battle-ready ships in Leith one hundred years ago. Phillips’ design will be the fourth in the Dazzle Ship series, initiated by Liverpool Biennial in partnership with 14-18 NOW, and which has already produced some of the most striking symbols of the centenary commemoration period to date. The ship, a former northern lighthouse tender now owned by The Royal Yacht Britannia Trust, will be unveiled in May and will form a central element of our 2016 festival.’ Edinburgh Art Festival


Kelsen was appointed by Edinburgh Art Festival to design, fabricate and install six glazed and illuminated cases to display interpretation media to compliment the Ciara Phillips rendering of MV Fingal in Leith Port. The cases were installed on the dock facing the Dazzle ship.

Instead of decommissioning the cases and interpretation media, the cases were subsequently removed from the Port of Leith and re-installed at Ocean Terminal in Leith.